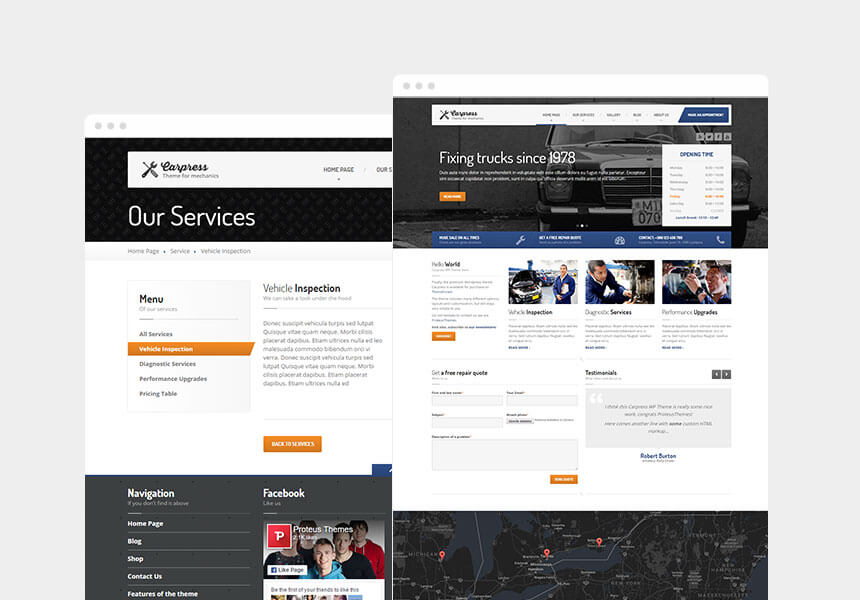 Choose from many custom widgets and make your website in minutes. From contact form, to person profiles, opening times, to pricing tables and detailed service widgets, Carpress has it all. 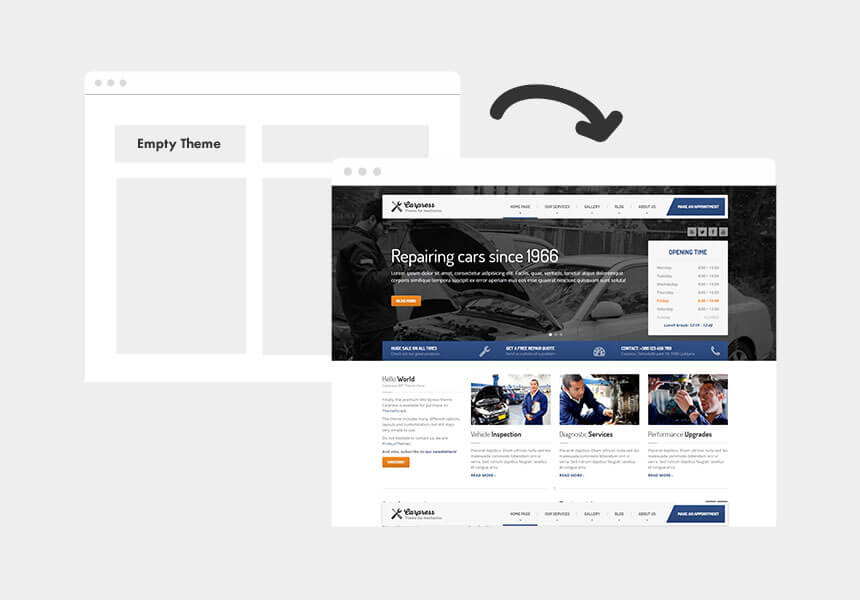 Everything you need to create a fully-functional, user-friendly website.
We also tested our theme with popular plugins such as Revolution Slider, Layer Slider 5 and WPML. 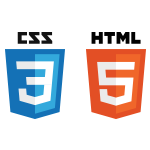 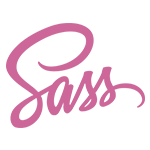 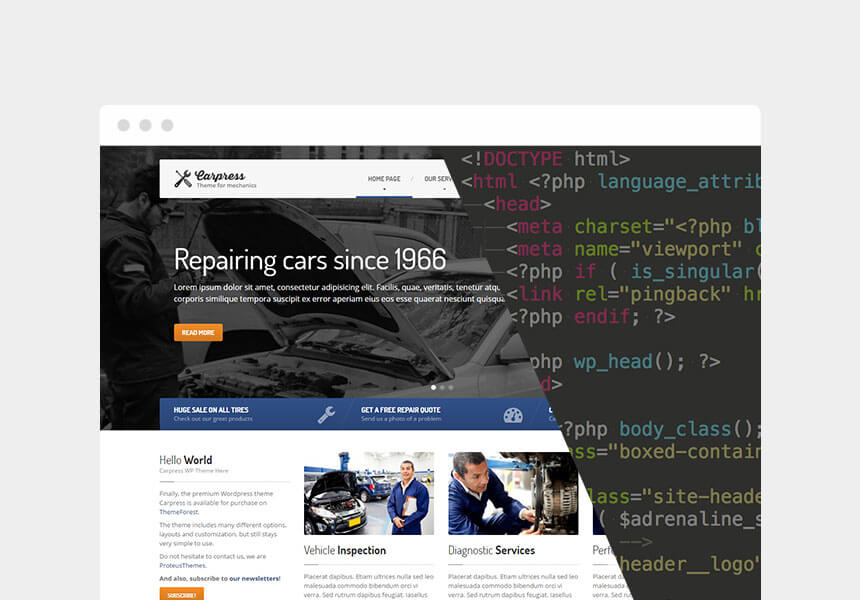 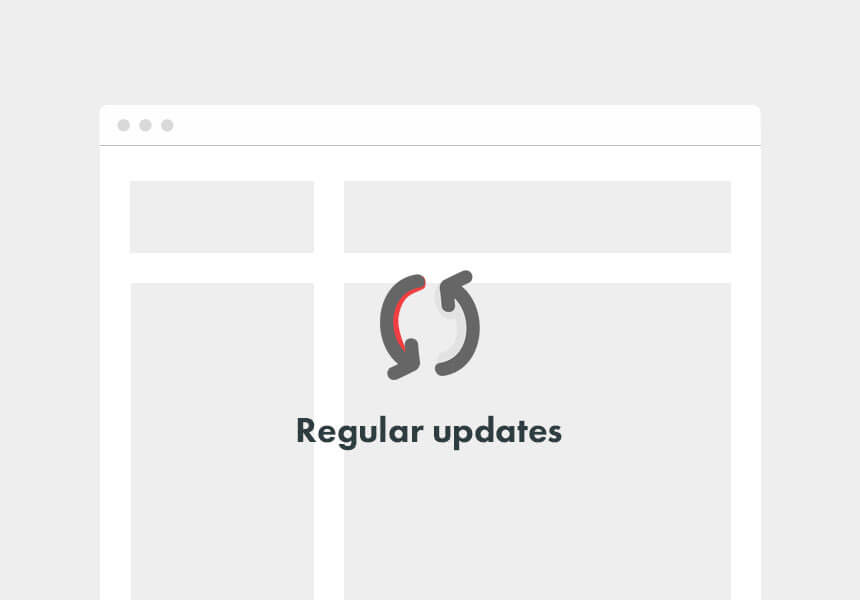 Anytime I submitted a ticket, they would respond VERY fast.

This is by far some of the best customer support I have seen in a while.

Recently had a simple problem with my site title (which I thought was due from a plugin). I waited 3 weeks for a solution from the plugin guys but got no where with it (they said it was a theme problem).

I contacted the support theme here and within 2 days they had it fixed.

I am an old-school DW designer, but new to WP. With the countless template sources out there, my biggest concern before purchasing this theme was, “am I going to be able to produce this theme with limited difficulty, and what happens if I need help.” This carpress theme was my first ever theme purchase. The support I received, far exceeded my expectations. The support person gave me an immediate relief/satisfaction with my purchase. I felt a genuine concern for my issue, with no delay in the support, and without trying to squeeze more money out of me. He was knowledgeable and professional. As I learn WP, I hope to establish a good relationship with Proteus, they will be my go-to company as I expand my sales in WP website design. Thank you again! Sincerely, David King, King Graphic Arts

This is a fantastic design that my clients loved and was very functional for me to get deployed. The devs were very responsive and easy to work with for some customization I needed for my client with multiple locations.

Great design, easy to use and a client pleaser – what more could you ask for? Thanks Gregor and ProteusThemes.

This was one of my first websites I did with WordPress. The set-up is easy and adaptive. On top of that, the customer service is really great. Thanks to Mark, all my questions were answered within no time and solved my issues to the point. A great theme and a great team. Thanks a lot.

I just have a very very little knowledge in html and i am completely new in wordpress. I was already happy to get the installation of wordpress done…but with capress I could manage to create a completely awesome website for my brothers company. All the theme options word very intuitive…Another wonderful thing is the live costumizer…you see directly what part changes when you change it. So if you are also very new in wordpress and html you will also just need some days to create an awesome website ( i also created the content in that time; images and texts). So buy capress and do something awesome!

As a freelance designer, I’m often faced with clients that have specific needs. I am working with a wonderful client in Basalt Colorado who is using Carpress for their auto body shop … And they could not be happier with the results.

The template is very easy to work with and customize. Any difficulties or special requests that I have had have been easily quenched by the wonderful tech support team at Proteus Themes.

I can see this template having very many uses beyond supporting a body shop … It is a great template full of customizable options. I highly recommend Carpress, and Proteus Themes.

Hello everyone. I know most of you are programs but I work in auto repair and i have to say this is the best theme I have seen. We had a few customers try the website and they said it was very easy to navigate. I feel this theme gives us the same quality website that the big chains have. I recommend this to anyone looking for an auto repair theme.

Great Theme, and tremendous support..! A very quick response to the one question I had..! Documentation is great. I will definitely use Proteus Themes again..!

Marko provides outstanding support for this theme. The theme itself is very flexible and doesn’t necessarily need to be used for a mechanics or garages website (I’ve used this for a business theme).

I have no hesitations in providing Proteus Themes a 5 star rating.

Lovely and simply to use theme. Excellent customer support by a team who really care about their customers.

One of the best authors on Themeforest.

fixed Setting for the static/sticky navbar was hidden in customizer.

fixed issues with HTTPS/SSL sites, now all assets are served from consistent protocol

fixed 2 typos in English (Cart Total, Fields with * are required)

improved `var imgRatio` in JS for slider calculated in PHP

fixed the custom titlearea image for the bg is now applied also to the `titlearea.php` file as the fallback

fixed height of the titlearea due to navbar position change

fixed in `inc/helpers.php` wrap all functions to `function_exists` if statement

added option to show bigger logo in the customizer

added option in theme options to change URI of `the-team`

fixed testimonials widget can be used in any sidebar

fixed if only one testimonial or gallery, do not show nav arrows

fixed position of the 'Read More' text over the services widget

added slider with the custom content for each slide

added code for the Contact Form 7 widget to the docs

added option to upload custom pattern to the jumbotron

added if no locations, set the pin to the center of the map

fixed title area for all subpages 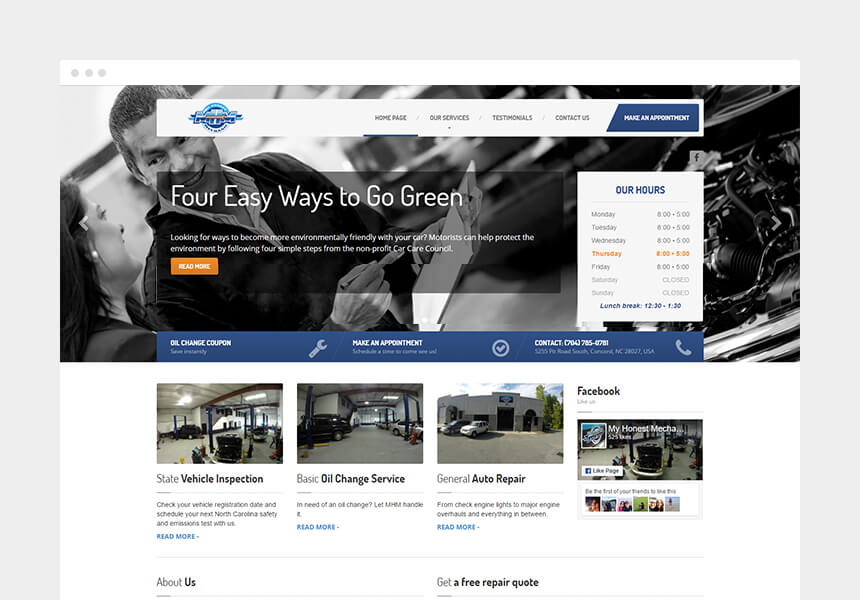 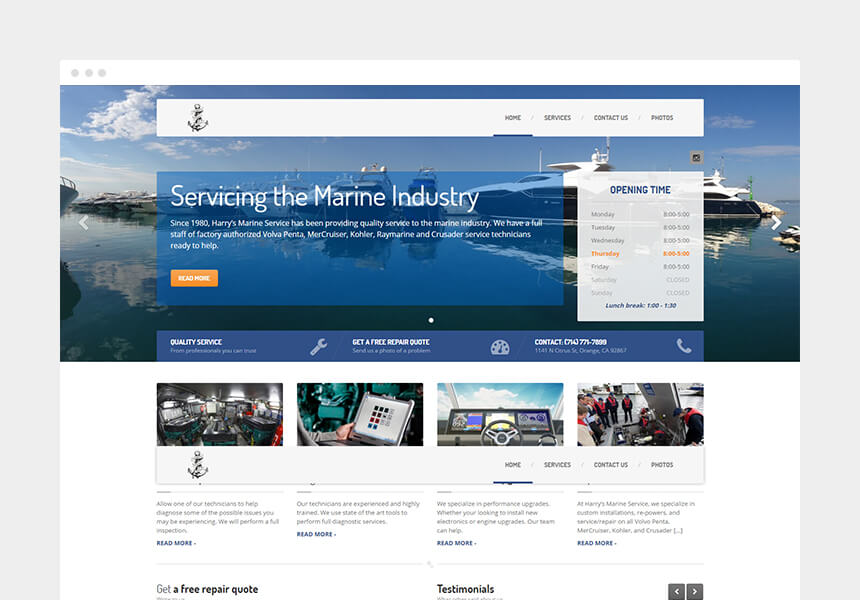 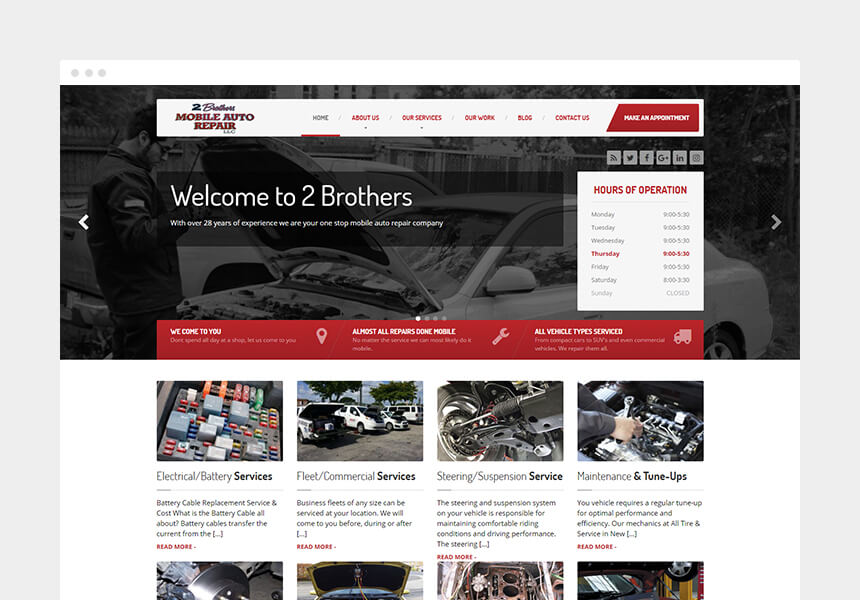 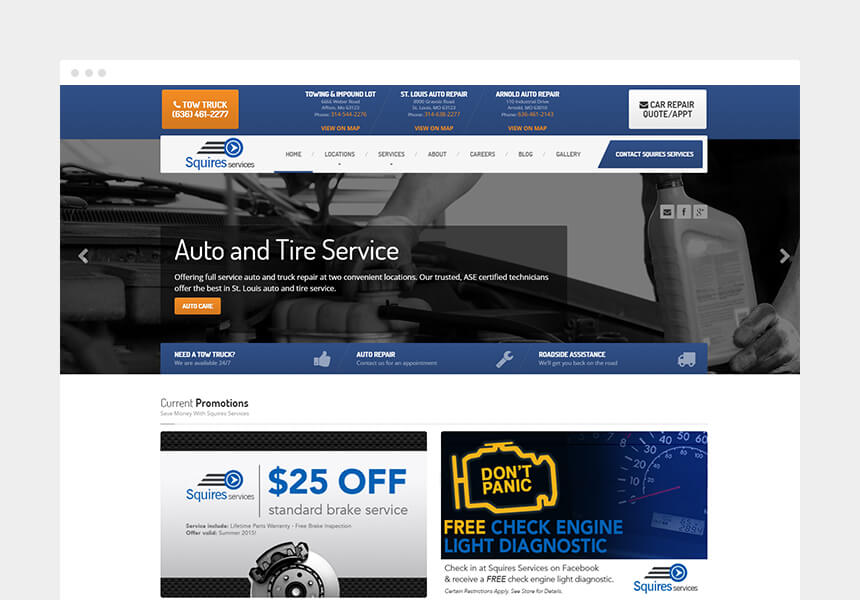 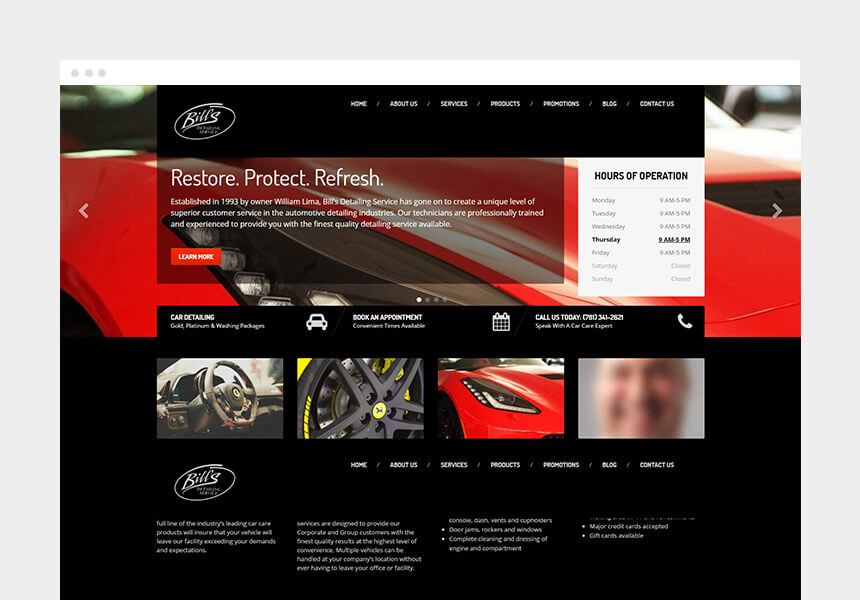 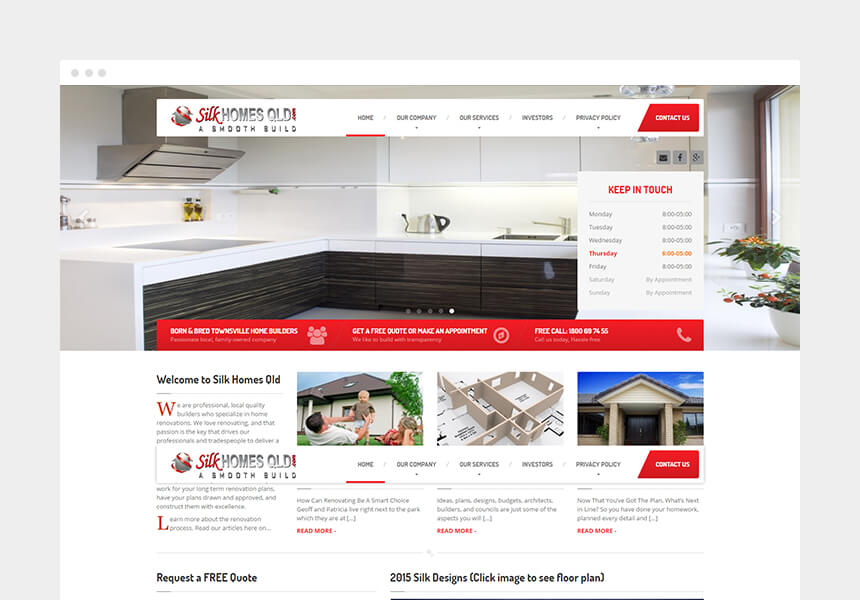